Join us on Thursday, October 20th, 2021, from 4 pm-6 pm for our 36th Annual Dr. Joseph Memorial Lecture Event! This year, the event will be held at the Janet Goeske Center in Riverside, CA. The theme of the night will be “Living Well With Alzheimer’s & Dementia”. We will be joined by 2 guest speakers (Dr. Erin Partridge, PhD, ATR-BC & Dr. Julia Collier, PT, DPT) who will discuss how their respective fields can assist Alzheimer’s & Dementia patients live an enriching and fulfilling life! Along with local community resources, there will be an art therapy activity facilitated by Dr. Partridge & a movement exercise facilitated by Dr. Collier.

About Dr. Partridge: “Erin has been working with older adults since 2010. She creates space for elders to explore creativity through individual and group art therapy. Erin also utilizes art therapy to support elder care providers by using art therapy in training contexts with staff and professional contacts. In addition to work in elder care communities, Erin has used art as a means to stimulate dialogue about aging; Redefining Age: A Square Foot Art Project was an intergenerational art show exhibited in San Francisco, Nashville, and Washington D.C.

Erin’s teaching and lecturing experience includes guest lectures in art and counseling programs, mentoring graduate students through their thesis work, workshop facilitation at several national conferences, supervising art externs from California College of the Arts through the Center for Art and Public Life, and interviews with media about art therapy and with elders. In 2013, Erin was a keynote speaker at the American Art Therapy Association’s annual conference.”

About Dr. Collier: Julia received her Bachelor’s degree in Sports and Exercise Science from the University of Tulsa. After earning her undergraduate degree, she went on to receive her Doctorate in Physical Therapy from the University of Nebraska Medical Center. Following her graduation, Julia worked in Iowa for a few years in an acute hospital setting. She soon realized, though, that she had a passion for travel. She applied to work as a travel Physical Therapist and ended up in California. While acclimating to her new home, Julia worked in acute care, wound care, skilled nursing, memory care, and outpatient settings. After working in diverse settings with diverse populations, Julia found her passion in geriatrics. For the past three years, Julia has been the Director of Rehabilitation at Citrus Place in Riverside. In her role, she not only helps those individuals with physical impairments, but also those individuals with cognitive impairments. Now settled in her career, she finds working with this demographic/population of individuals to be the most rewarding and fulfilling work she has done to date. She not only gets to help enhance he lives of seniors, but also enhances the lives of their caregivers.

THANK YOU TO OUR 2021 SPONSORS

Named for one of the 19 founding physicians of the Foundation, the Dr. Robert H. Joseph Memorial Lecture is held each fall. Over the past several decades, lecture topics have covered numerous health issues. Lectures are complimentary and open to the public.

Dr. Joseph was an ophthalmologist whose entire 25 years of practice were served at the Riverside Medical Clinic.  A native of Saginaw, Michigan, Dr. Joseph was a graduate of the University of Michigan School of Medicine where he received his medical degree in 1954.  Following two years of medical service in the U.S. Air Force, he returned to the University of Michigan Hospitals for his residency in ophthalmology and then joined the Riverside Medical Clinic.

One year after the Foundation was created, Dr. Joseph died of cancer at the young age of 56.  In his will, he had established a charitable remainder trust for his wife, which stipulated that the trust assets were to be turned over to the Foundation in the event of her death.  Tragically, Mrs. Joseph passed away just six months following the death of her husband. 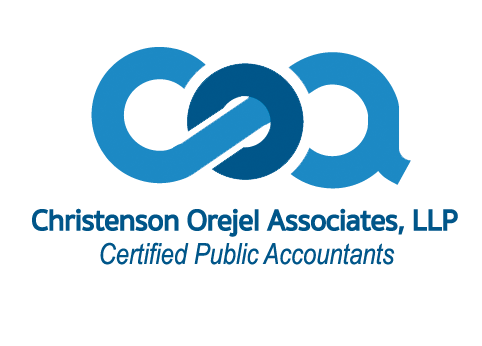