ABOUT THE DR. STONE MEMORIAL LECTURE

Named for one of the 19 founding physicians of the Riverside Medical Clinic Charitable Foundation, the Dr. Herman H. Stone Memorial Lecture is held each spring to provide health education to our local Inland SoCal community. Over the years, lecture topics have covered numerous health conditions such as Diabetes, Managing Sleep, Dementia, Autism, and Mental Health.

The Riverside Medical Clinic Charitable Foundation invites you to join a LIVE virtual lecture with nephrologist and New York Times best-selling author, Dr. Jason Fung, on how to effectively reach your optimal weight using the science of intermittent fasting, on Thursday, May 13, 2021 at 9:15 AM, PDT. Open to first 500 registrants. Must tune in live as lecture will not be recorded.

Dr. Jason Fung is a physician, nephrologist (kidney specialist), researcher and New York Times best-selling author currently practicing in Toronto, Canada. His books, including The Obesity Code, The Complete Guide to Fasting, The Diabetes Code and The Cancer Code, have challenged conventional thinking about these diseases and introduce dietary strategies to manage them.

He is the co-founder of The Fasting Method (www.TheFastingMethod.com), which provides the education, tools and community needed to successfully implement intermittent fasting.

All who register are entered to win one of 10 copies of Jason Fung’s “The Complete Guide to Fasting”. Valid for US residents only.

Herman Hull Stone was born on an Illinois farm in 1915. He graduated from the University of Illinois College of Medicine in 1941. Upon graduation, he was commissioned into the Army Medical Corps Reserve.

Before retiring in January 1991, Dr. Stone had practiced medicine in Riverside for 41 years. Near the end of his career, he had a dream of opening a medical library where Riverside Medical Clinic patients and the community-at-large could go to find answers about their own health and medical questions. In 1992, the Patients’ Information Library, later re-named the Dr. Herman H. Stone Medical Library, was open to the public, with Dr. Stone serving as the Library’s Director. Until late 2004, Dr. Stone volunteered in the Medical Library on a regular bi-weekly basis.

Dr. Stone was married to his wife, Marie, for 65 years. They had two children, Richard and Patricia, and four grandchildren at the time of his passing in April 2006.

An Overview of Autism and ABA Therapy with Dr. Ira Heilveil- Webinar

Autism and the Educational environment with Randi Chapluk- Webinar & PowerPoint 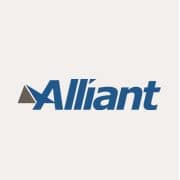